Our simple Hex Color Calculator - Hexadecimal Generator - RGB to Hex converter is an online tool to convert rgb to hex color value. RGB format is a color-formatting standard that describes the color of a pixel by the combination of specific amounts of Red, Green, and Blue light in the pixel. The amounts are described by numbers on a scale of 0-255, and the final format is as follows, RRR,BBB,GGG. An example would be 255,0,0 which would have full red, and no green or blue. Hexadecimal format also describes amounts of each color, but the amounts are now described by hexadecimal numbers 00-FF, and the final color is described in the format, #RRGGBB.

How to convert RGB values of a color to a Hexadecimal string?

The RGB-to-hexadecimal converter algorithm is simple:

1. Convert the Red, Green, and Blue color values from Decimal to Hex.

2. Now, concatenate the three Hex strings of the Red, Green, and Blue together: RRGGBB.

For reasons of computing efficiency, the hexadecimal is preferred. Monitors used to be limited to 256 RGB colors, of which 216 are now called websafe colors. All the hex triplets are either 00, 33, 66, 99, CC, or FF in this palette. Furthermore, sixteen colors can be specified by name including the primary and secondary RGB colors and black and white: red, lime (really #00FF00 or green), blue, aqua (really #00FFFF or cyan), yellow an fuchsia (really #FF00FF or magenta). The characters between FF and 00 for any color go from lighter (FF) to darker (00). The first two digits represent the level of red, the second two the level of green, and the third two are the level of blue. For example, #003366 is a greenish blue color.

Requirement of RGB to Hex Calculator

Conversions between the two formats are useful to engineers when moving from one language to another or one program to another. Engineers who work with computers see many different languages and programs, which could require knowledge of many different standardized formats and ways to move smoothly from one format to another. 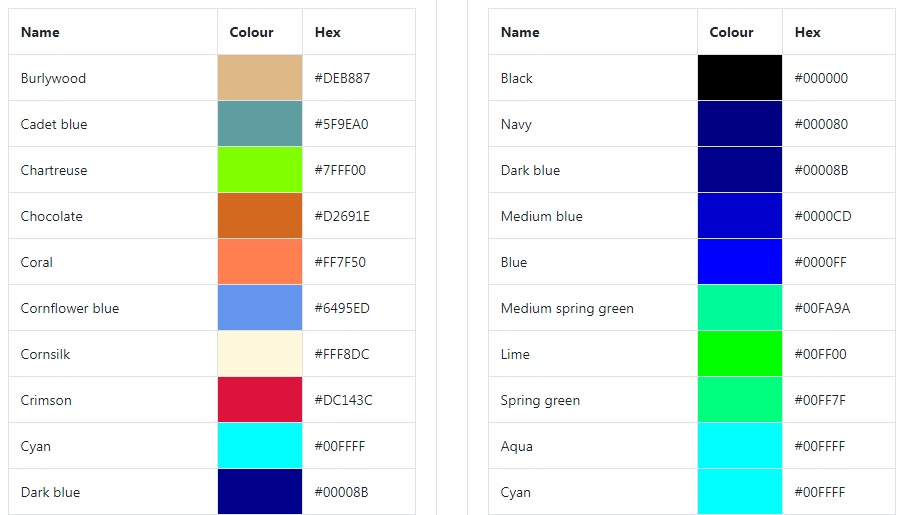